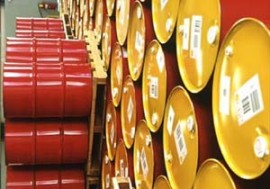 First product of Shell lubricants arrived at TDC warehouse after signage of contract between two parties.

Products have been arrived from German factory of Shell Lubricants after the order had been placed by Transcaucasian Distribution Company. The goods are now placed in local warehouse of TDC and are intended to be sold on Georgian, Armenian and Azerbaijani markets. Next order is already placed and the Company will receive it in the nearest future.